The Story Told By a Lopsided Population Pyramid

Looking at this population pyramid…

You can see the rather odd configuration. With relatively few children and old people, Centre Country seems to attract 20 to 24 year olds.

But it starts to make sense when you learn that Centre County, Pennsylvania is the home of Pennsylvania State University. 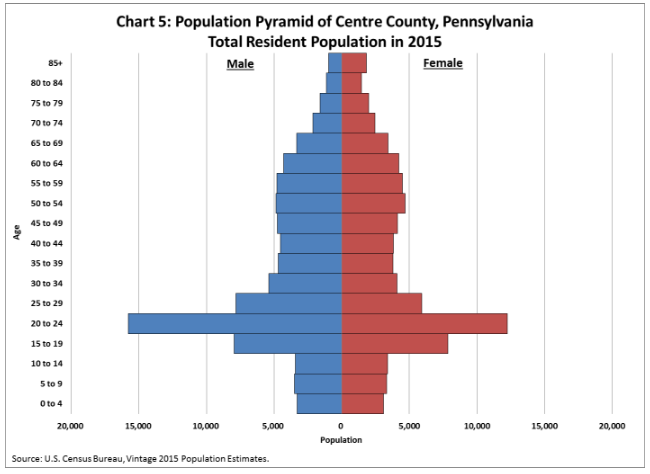 Where are we going? To the messages sent by population pyramids.

Where The Old and the Young Live

Last week, the U.S. Census Bureau published population data covering the country, the states and counties. Although at the national level, we see the baby boomers’ and their children’s dominance, the county level snapshots reveal far more.

Below, you can see the population bulges from the the baby boomers and their (millennial) children: 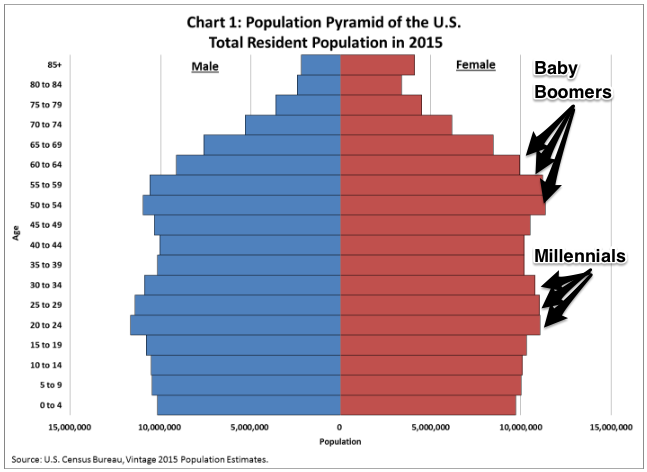 So yes, as you already know, we have a female majority in the elderly population. And taking the next (obvious) step, we can hypothesize that the 70+ population will grow as the boomer bulge moves higher.

A County in Colorado

If you are wondering where to find the elderly, we have some clues from this Colorado county: 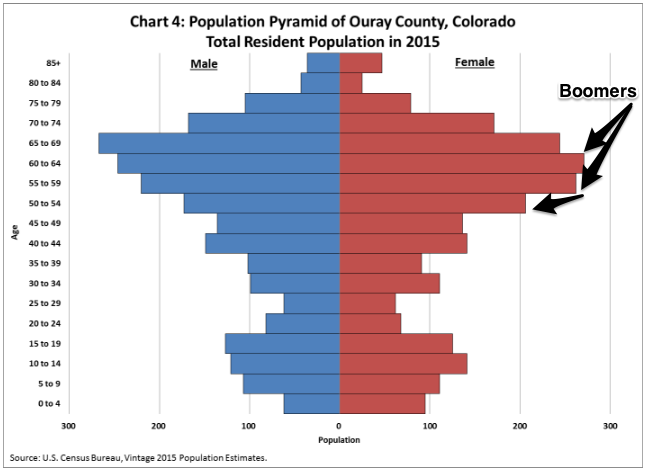 Called a recreation county by the U.S. government (there are 332), this Colorado municipality has residents that migrated there. With an expanding population that starts at age 50 and then grows larger, we can guess the bulge is from retirees. We can also conclude that occupations are recreation-related.

Quite different from Ouray County, the demography of the Salt Lake City metropolitan area has its bulge at young adults and young children: 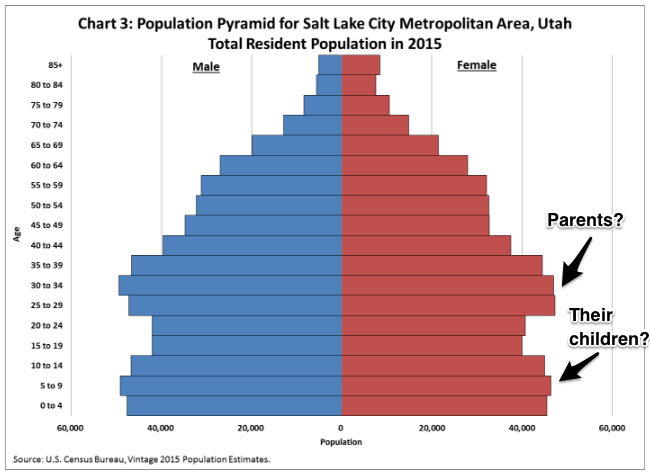 A list of the economic implications of population pyramids would be endless. Near the top though, is the impact of a larger elderly cohort that will create an uptick in healthcare demand and a shift in buying habits from houses to apartments and cars to alternative transportation.

My sources: An interesting blog chock full of stats, the Census Bureau is a wonderful resource. Not boring, their writer has creative ideas. Then, to check further on corresponding economic data, I went to this WSJ article for the implications of the growing elderly population and recent fertility rates.

Weekly Roundup: From a Car's Ethics to a Country's Entitlements