Why Oil Always Surprises Us

The headline was in the NY Times on May 21, 2008. Because the prediction came from a Goldman Sachs analyst who had been right about $100 a barrel oil when no one thought that was possible, this time people listened.

You know what happened: 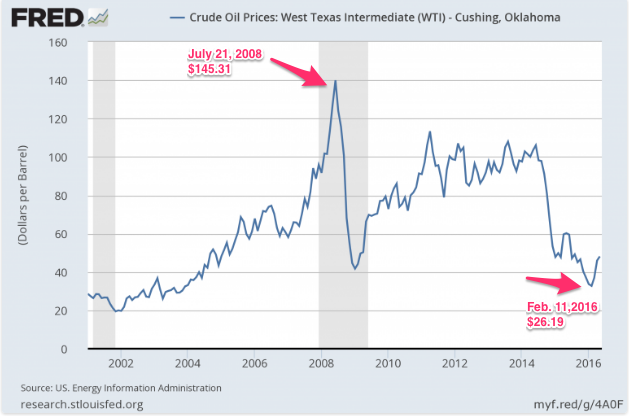 It’s tough to know where oil prices are going.

We really should not be shocked by oil but we usually are. A recent paper from economists at the Universities of Notre Dame and Michigan explains why oil price fluctuations are tough to predict.

Some of us remember the Arab-Israeli conflict that many believe led to the 1973-74 oil embargo when supply declined and price spiked to $10.11 from $4.31. At the same time, though, inventories were affected by a defunct price ceiling agreement among a group of oil producers and then we had the Iranian Revolution and the Iran-Iraq War. And that only takes us to the 1980s and a host of unexpected political events destined to push the price of oil up or down during subsequent decades.

From the shale oil boom, to new North Sea rigs, to the Alberta fires, production has unexpectedly gone up and gone down. Yet had you asked people to predict the discoveries and the catastrophes, they could only have said that the one sure thing is that something will happen.

Demand and the Global Business Cycle

All affecting how much oil we demand, the global business cycle and the trajectory of individual economies can be uncertain. Just thinking of China, yes we can cite an economic slowdown. But then we have the questionable character of their statistics further obscuring the future. Returning home, we all know that the severity of the Great Recession was a surprise.

And, we can even look at IMF (International Monetary Fund) predictions to see that their crystal balls for economic growth have also been somewhat cloudy. 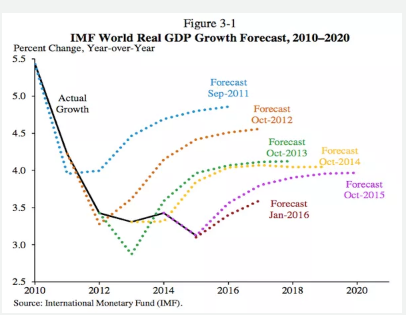 Policymakers and economists, consumers and financial market participants all would like to know where oil prices are going. However, just like the Goldman analyst who expected $200 a barrel crude, supply and demand consistently create surprises.

My Sources: Combining the NY Times article on $200 oil with an NBER paper on oil’s unpredictability and the vox.com summary of the NBER paper, you can form a complete picture of why we cannot know where the price of oil will go.

The Impact of Financial Innovation

One Reason That Umpires Make Mistakes