Hearing 4.7% unemployment you might think, “Awesome.” But then the 38,000 jobs creation number for May was dismal.

How to interpret an employment report?

Did the Denominator Shrink? 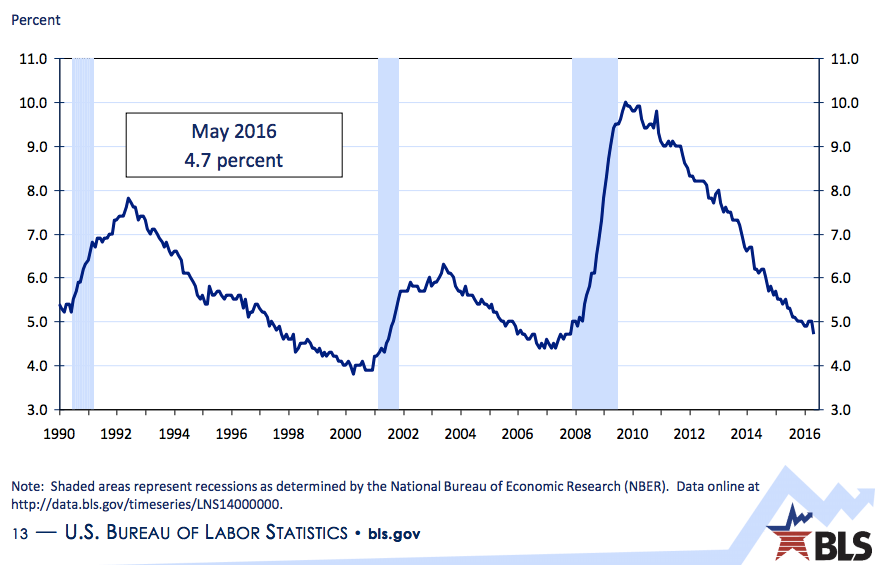 It is all about the fraction.

For example, assume you have a labor force of 100 and 5 people in that labor force who are unemployed. 5 divided by 100 = 5% unemployment.

Then, one person (who is 16 or older) stops looking for a job. By definition, she is no longer in the civilian labor force. We then have 4 divided by 99= 4% unemployment and have to ask ourselves if that 1% decrease is really shrinking unemployment.

To find an answer for the May 2016 stats, we have to ask whether we do have people leaving the labor force.

What is the Participation Rate?

The participation rate tells us whether the proportion of the population that could be in the civilian labor has joined it. 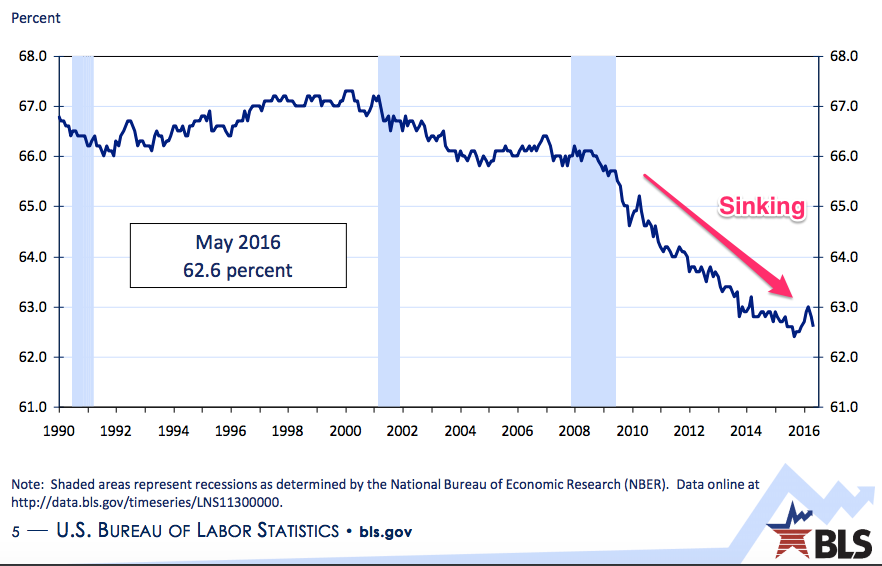 We really do not have fewer unemployed people. We just have a smaller number being counted because they left the labor force.

How Accurate Are Those Jobs Creation Numbers?

A plus for the economy, adding new jobs reflects expansion, perhaps new businesses, maybe investment. However, that May 38,000 total is a low number. Even when we average together the past three months because this month could be a fluke, we still get just 116,000 new jobs. Compared to the more typical monthly total of 150,000-250,000 new jobs, we do have a slowdown.

We should remember that the baby boomers are leaving the work force so we might not need as many new jobs. And according to the President’s Council of Economic Advisors, we need approximately 77,000 new jobs to maintain an unemployment rate.

So where does this leave us?

Based on a Household Survey and Business Firm data, the statistics for job creation and joblessness are collected mid-month, then reported soon after and revised in subsequent months. In addition, the data in those reports are then seasonally adjusted to avoid, for example, a potentially misleading jobs number during the Christmas holidays.  The numbers we hear are not real numbers. They are based on models and formulas that are debatable.

So when those employment statistics are reported, just think…

My sources: Discovering this June 3 report from the BLS, I felt like I had entered chart nirvana. Combined with economist Justin Wolfers’s insight on the May 2016 employment report and this paper from a Johns Hopkins professor about seasonal adjustment formulas creating inaccuracies, the real picture emerges.

Deciding If You Are in the Mainstream