Deciding If You Are in the Mainstream

Listening to the presidential hopefuls, I thought some statistics about mainstream America could come in handy. My topics are based on a quiz from libertarian political scientist Charles Murray that NPR updated.

Focusing on higher education, one quiz question implied that if you have a college degree and live in a municipality where most of your neighbors also have a degree, then you are not in the midst of mainstream America. 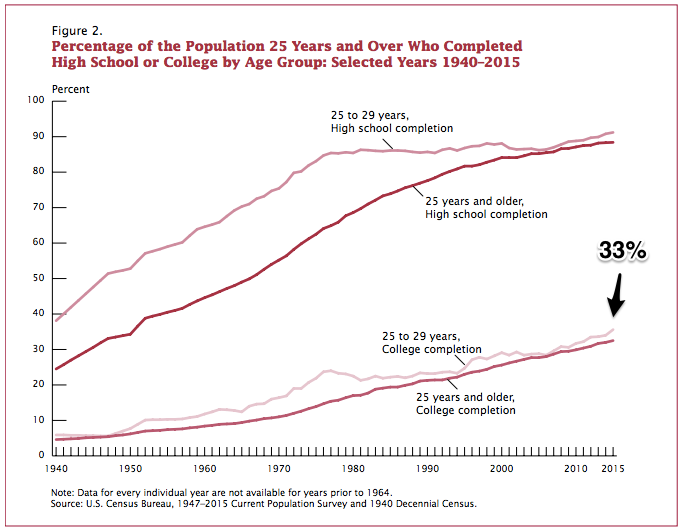 Moving to jobs, another question focused on how many of us are in managerial positions. Statistics included with the quiz indicated that in 2010, 75% of all households did not have breadwinners with managerial jobs.

More broadly defined with professional occupations included, you can see the managerial total is close to 45 million in a labor force of 158.5 million:

Other characteristics of mainstream American culture ? Mass market beer in the fridge, a pickup in the driveway, and knowing who Jimmie Johnson is.

And finally, here is where an economic elite might not eat:

Our Bottom Line: The Economic Elite

The exercise was called a bubble quiz because it let people decide just how much they were in the mainstream or in a different world. I wanted to share the quiz with you because it gives some insight about our political divisions.

My sources: Looking to quantify the “Bubble Quiz,” I went to the US Census’s Current Population Survey on education and then to the BLS and to FRED for managerial position data. I also recommend a paper co-authored by scholars from Princeton and Northwestern about the power of the economic elite and interest groups.

The Impact of a Minimum Alcohol Price