In China, with so many more marriageable men than women (approximately 122 men for every 100 women), the husband-hunting female wields a lot of power.

Telling us about the results of a survey of 32,000 people from 2 Chinese research groups, the NY Times explained that the real estate boom in China has divided the young male population into the haves and have-nots. The majority of women surveyed would select men with “deeds.” Yes, the survey indicates that Chinese women care about good morals and personality. But not as much as finance. As a result, 24 million men might remain unmarried during the next decade.

Nobel prize winning economist Gary Becker confirms that marriage is about a lot more than love. Instead, we can best understand marriage by looking at utility functions and marriage markets. People marry because they expect to, “raise their utility level above what it would be were they to remain single.”

Wearing economic lenses when we look at gender issues, we would see young men and women choosing mates in marriage markets that have demand and supply curves. In China, the demand curve shifted to the right as more men entered the market. By contrast, in the US, when more women started working outside the home, their higher value shifted the supply curve upward. In both countries, the price of brides ascended.

Here is a list of bride prices from a Chinese real estate firm (from Quartz): 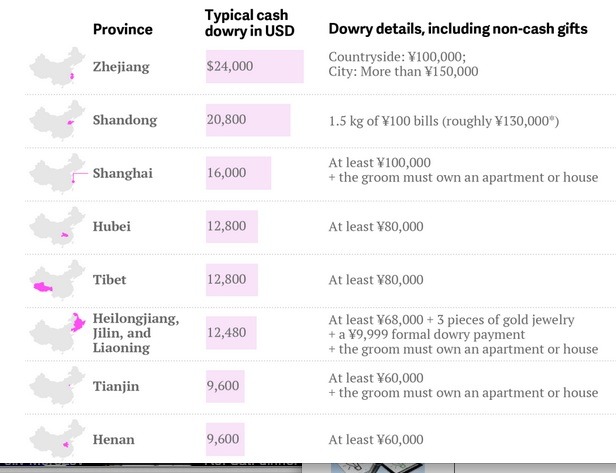 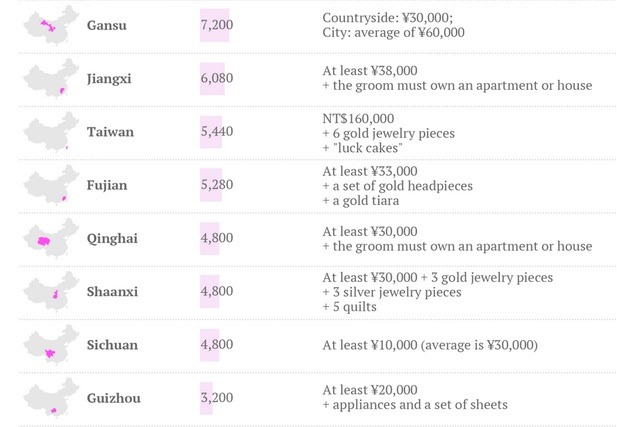 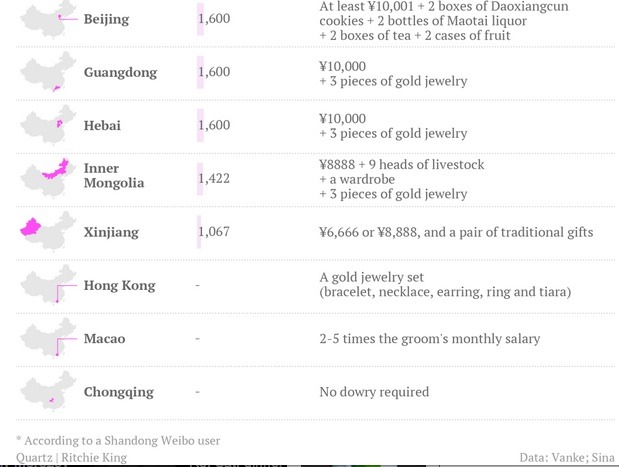 Sources and resources: A 2011 article from the NY Times and this recent discussion of bride prices from Quartz (the source of the bride price list above) provide a fascinating picture of Chinese marriages while The Essence of Becker explains the basics of marriage markets (my quote, p, 273).  Please note that I have presented some excerpts from a past econlife post.

A National Market: The European Union