Manufacturing Matters in the US

Hearing about an apparel firm that “insourced,” I confess I was not as enthusiastic as the report.

The firm, American Giant, had just enjoyed a run on their hoodies. As a Made in the USA producer, they have the caché of a San Francisco factory. Proclaiming better grommets, eaglets, drawstrings and zippers and a designer previously employed by Apple, American Giant says their quality is far better than their Asian competitors.

Looking at the NPR facts and other similar articles, I wondered whether making t-shirts and sweatshirts in the US was so beneficial. Yes, they were taking advantage of US expertise, eliminating middle people and selling directly online to consumers to cut costs. However, should we applaud making apparel here?

But not all manufacturing. The industries that reap the largest gains are:

Our bottom line? Hoping to encourage global trade, economist David Ricardo (1772-1823) said each nation should produce the goods and services for which it has a comparative advantage because then, that nation sacrifices less in order to produce more.

Sources and Resources: You might want to look at the Brookings report here. 53 pages long, it has lots more detail. Meanwhile, the American Giant stories at Slate and NPR sounded more like commercials for the firm than news reports. Finally, at econlife, whenever we talk about manufacturing, I always recommend The Travels of a T-Shirt in the Global Economy, a wonderful narrative describing the multinational origins of the typical t-shirt.

From the Brookings Report on manufacturing, the following graphs illustrate their conclusion that manufacturing should be supported by public policy. 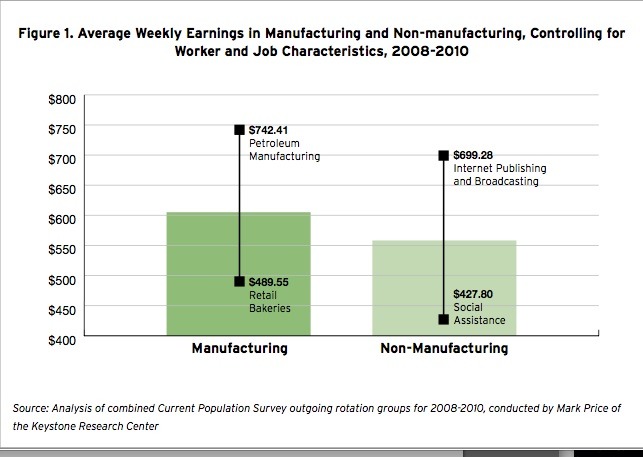 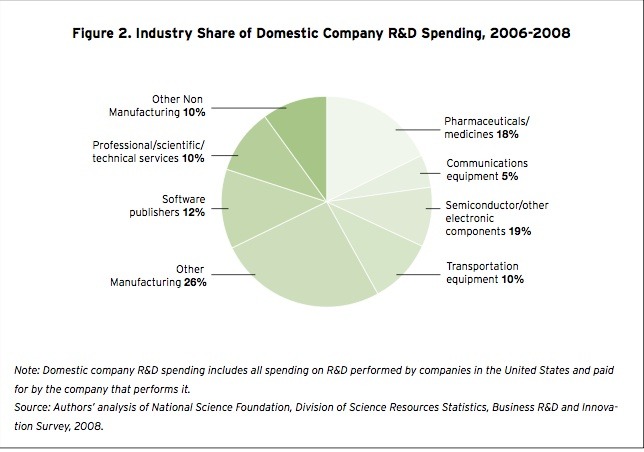 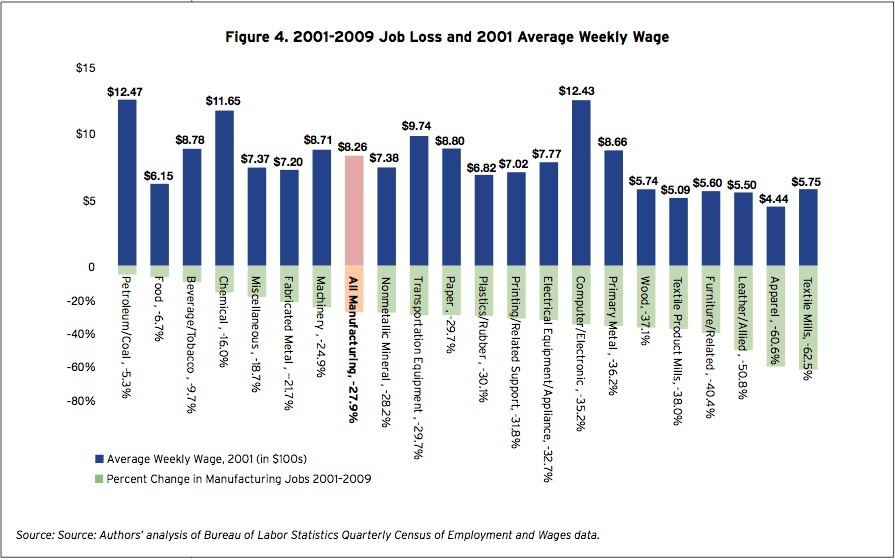 Homework? It's About the Economy...