In a northern Thai village, Buddhist monks are no longer taking the traditional morning walk to collect food from their neighbors. Instead, they make a takeout call for a breakfast delivery. Further describing how Temple life is changing, one monk explained that on holy days most people go to the mall. They give money but not their time. In addition, with fewer boys becoming monks, Thai monasteries are looking to poorer nations like Myanmar for recruits.

Some say it is economic development. Called the secularization hypothesis, perhaps, as one researcher suggests, “The more pleasant this life, the harder it is to concentrate on the next…” Others disagree, though, saying it is much more complicated because religions might adapt to new technology or “cost” relatively less when people become more affluent.

A new report from The Pew Forum on Religion and Public Life presents the current status of world religions. As economic development brings more world affluence, might these graphs soon change? 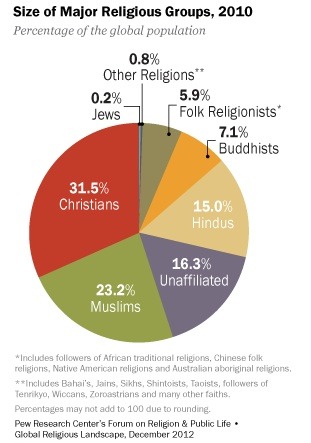 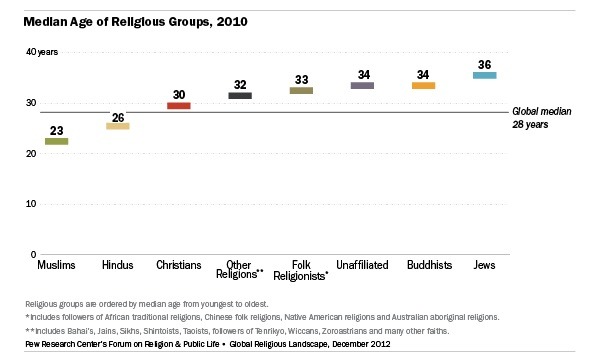 Our bottom line: Assessing the impact of economic development on “religiosity” involves the same economic concepts we use to observe any other market. There is a market for religion with a demand and a supply side, extra units of religion have marginal utility and opportunity cost, and we can accumulate “spiritual capital.”

Sources and Resources: Here and here (above quote from S. Bruce on p. 2 of the McBride paper), are the two academic papers that I looked at and a NY Times article on the Buddhist decline in Thailand that started me wondering about the connection between religion and economic growth. The 81 page Pew Report on world religions, here, was fascinating.

GDP: Where is the World Economy Going?