When we worry about the impact of autos on the environment, perhaps we should remember the horse.

Happily, the size of the horse population was a barometer of economic growth. As national affluence grew with the production of goods and services, so too did the need to transport the freight. Yes, we needed the railroad but also, horses took the goods to the train and then delivered them to their final destination. As a result, railroads owned large “fleets” of horses.

Imagine, though, what it took to sustain several hundred thousand horses in one urban area. Just one horse consumed close to 1.4 tons of oats and 2.4 tons of hay annually. One estimate suggests that 15 million acres of farmland, the size of West Virginia, fed the urban horse population. And, from that total we can only start to calculate the environmental impact on local ecosystems.

In 1898, an international urban planning conference that met in NYC focused primarily on the horse manure crisis.  Horse manure accumulation was estimated at 15 to 30 pounds per day per horse; for the city, that added up to 3 to 4 million pounds a day. Add to that 40,000 gallons of urine a day and you have a lot of pollution! People also coped with the muck that rainy weather created, the dust when it was dry and the noise from the clatter of iron horseshoes on cobblestones.

Surprisingly, on a per capita basis, horse transport was more deadly than autos. In 1900, in NY, 200 were people killed by horses and horse drawn vehicles while in NY in 2003, there were 344 auto-connected deaths. Why? Horses kick, stampede, fall, bite, could be spooked, and they pulled vehicles that were tough to brake.

A final fact: With the onset of the auto, cross sweepers who, for a fee, opened a path for pedestrians on manure laden city streets, experienced Joseph Schumpeter’s (1883-1950) creative destruction.

From the Library of Congress: 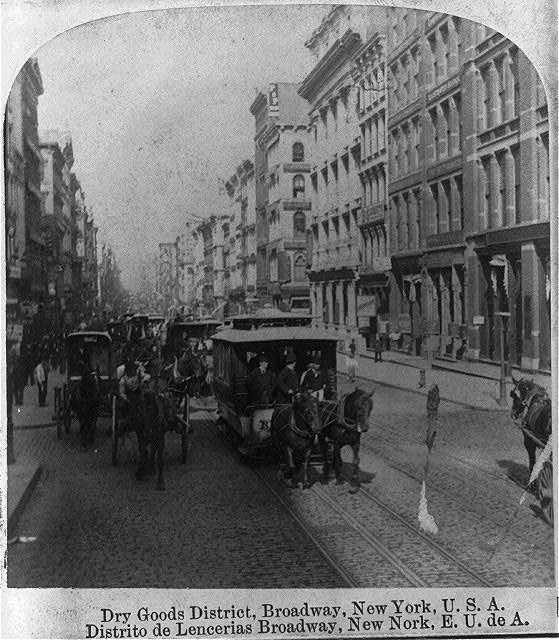 Sources and Resources: All of my facts are from a wonderful article by Eric Morris from the University of California Transportation Center. Also, it was so interesting looking through the Library of Congress’s pictures of horse drawn carriages and trolleys with a NYC backdrop.

Butter, Health Care and the Spread of Baumol's Disease

Behavioral Economics: Better than a Psychiatrist