Election Economics: Looking at the Millennials, Xers, Boomers, and Silents

Before tomorrow’s election, let’s take a look at the voting age gap. Absent since 1972, the young and the old again are voting differently. 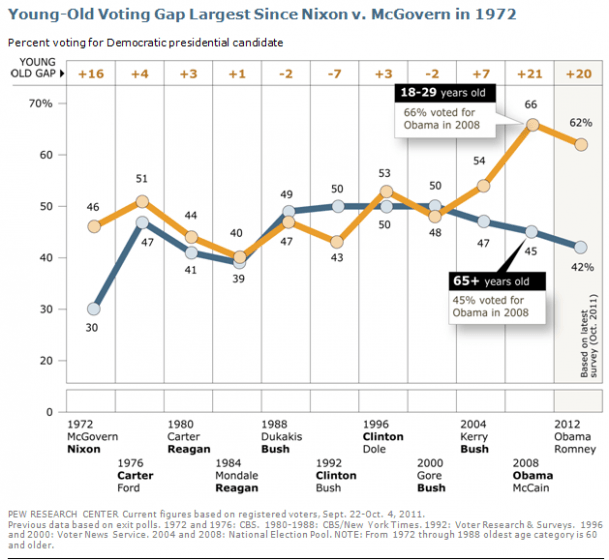 The Silent Generation: The oldest slice of the population, the Silent Generation was born between 1928 and 1945. Representing 17% of all registered voters at the end of 2011, they tend toward conservative views, support less government, and are politically engaged. One of their top issues, Social Security, reflects a contradiction. The Silents tend to be Republican but favor the Democrats’ position on Social Security.

The Baby Boomers: Currently 47-65, the Baby Boomers are a potent political cohort. Numbering 37% of all registered voters, the older Boomers tend to be more Democratic than their younger peers. The concern, though, that resounds for many is uncertainty about their financial future and retirement security.

Generation X: Born between 1965 and 1980, Xers make up 26% of all registered voters. Politically, they tend to split by age. Older Xers sympathize with Republicans while those closer to 30 are more likely to vote Democratic. As for the issue they most care about, it appears to be financial health.

The Millennials: The youngest population group that votes, Millennials are currently 18 to 30 years old. relatively unengaged politically, and 17% of the electorate. 41 percent nonwhite or Hispanic, they are diverse, vote Democratic, and are almost evenly split on whether we have too much or too little government. According to a July 2012 USA TODAY/Gallup Poll, creating good jobs was the key issue for those under 30.

How to summarize the similarities and differences? I suggest looking at the table below. Although it is based on data from October 2011, still the priorities remain similar according to the more recent Gallup poll. And, for more background data, the graphs that follow it are fascinating.

Sources and Resources: The surveys on which I based my facts were from Pew (Nov. 2011) and USA TODAY Gallup (July 2012). Also, you might have some fun with this USA TODAY candidate match game. All graphs and tables are from Pew. 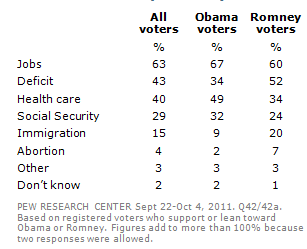 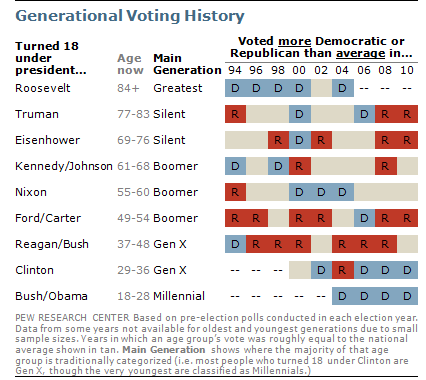 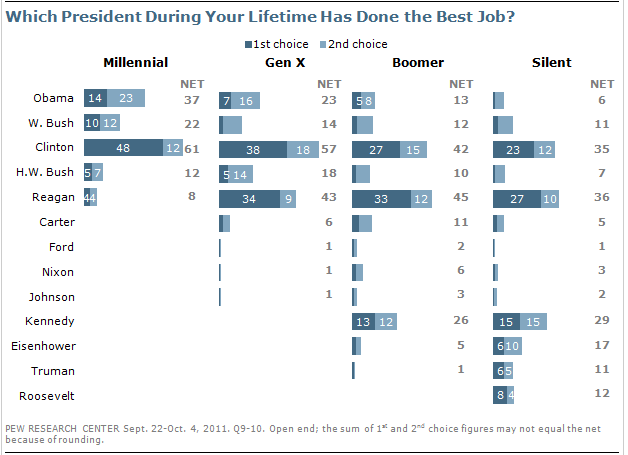 Halloween and That "Warm Glow"