No one seems to be talking about what really might have led to the Obama win.

The basic reasoning is that people connect their “social mood” to the incumbent and social mood directly relates to how the stock market is performing. Some think the mood precedes the market and others say the opposite. Whichever the sequence, though, there seems to be a correlation between rising stock markets and incumbent reelection. For President Obama, during his first term, the Dow had a compound annual gain of 8.8% as of October 24.

Sources and Resources: Just before the election, Floyd Norris wrote about the Dow and elections and presented the following chart. You also might want to read this econlife post about the correlation between Tweets and stock markets. (Researchers were surprised that they could use Tweets to predict market changes rather than the opposite.) Finally, I did see the term “social mood” in this paper but was not familiar with its academic source. 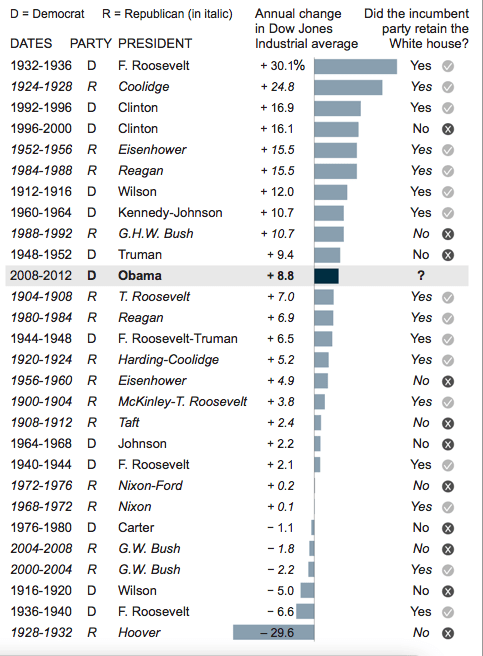