In one NPR report on trees and income inequality, a senior online NOVA editor showed his sky shots (below) of Piedmont CA and nearby West Oakland. Piedmont, which he described as a “wealthy enclave” was quite green while West Oakland “known to have been very poor and lower class,” was silvery.

Does that mean we can use trees to measure urban affluence?

I did find one empirical study that relates urban “forests” and income. In cities, as income rises, at first the tree population dips because housing, factories and other structures are replacing natural habitation. However, once income reaches a threshold, (at $39,000 in this 2006 paper), we have a reversal whereby the trees start to return. Why? People want to live in a more pleasant and natural environment. There actually is a curve– an Environmental Kuznets Curve–EKC–that illustrates the initial disappearance and then subsequent proliferation of trees in cities.

US cities are losing their trees. According to the USDA Forest service, our urban tree canopy is shrinking by about 4 million trees a year. Among the 20 cities studied, tree cover ranged from a high of 53.9% in Atlanta to 9.6% in Denver. However, the loss was greatest in New Orleans, Houston and Albuquerque.

And a quote from the USDA Forest Service…

“…urban trees are the hardest working trees in America.”

Sources and Resources: Thanks to this marketplace.org report for the idea that trees connect to affluence and for the photographs that follow. I did then find some academic confirmation here,  facts from the USDA Forest Service, and NYC’s million trees initiative. Also, you might enjoy this EconLife post on urban affluence and one-way streets. 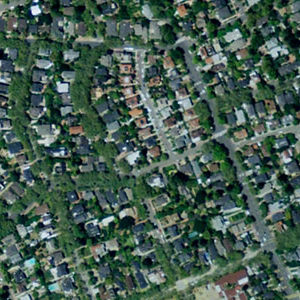 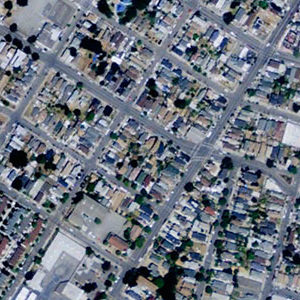 Election Economics: What To Know For The First Presidential Debate